Stadia has faced increasing criticism since its launch in november 2019. In the interval of the last 40 days, the image of a brand eager to compete with the major actors in the digital video game market has withered. Instead, Stadia is looking like an unprepared newcomer, like an independent studio lacking resources.

Already, the Reddit community is rumbling about Stadia’s communication. Or rather its lack of communication with gamers regarding the expected arrival of new games and the future of the platform. Far from making excuses, Google responds “to understand” their expectations and continues to show enthusiasm for the upcoming content on the platform. True to its launch announcements, Google is looking forward to the future expansion of its catalogue.  However, players are deprived of any more explicit information and have to make do with it. Far from reassuring, or thrilling a community that is already in high demand everywhere.

Any product or service launch is a crucial strategic moment. It is all the more surprising that Stadia’s launch is so slow and complicated when the platform is supported by the power of the giant Google, a member of GAFAM.

The announced war on Cloud Gaming will indeed take place and Google would be well advised to watch to adapt quickly.
Meanwhile Sony, with its Playstation Now service and the upcoming PS5, and Microsoft with its Game Pass (Waiting for the Xcloud) and the Xbox Scarlett scheduled for late 2020 can sharpen their weapons and rely on already established Gamers Communities.

In order to learn quickly, Google should have a look to recent Video Game Market History. In fact, a bit of knowledge of the digital content distribution market provides simples good practices to newcomers. A market, let’s not forget, dominated for 15 years by Steam. A market that has been in turmoil for several months with the arrival of new entrants in search of the throne of Valve. The main challenger is none other than Epic with its Epic Game Store. The American studio has a massive community of highly committed players (Fornite), and its experience in the video game market for almost 30 years (creator of Unreal, Unreal Engine, Gears of War…). Epic Game, in which Tencent has held a 40% stake since 2012.

A strong background in the industry and a community to rely on are big assets.

Responsiveness is also an important key to survival and dominance. Steam has already counter-attacked Google’s online gaming service in its own way by launching its own “Remote Play Together” service. The Valve company is still having the upper hand as long as the change of habits remains a hindrance for gamers. The war has only just begun, and it will take place at all levels of the video game industry. It is therefore incongruous to see such mistakes from Google for the launch of Stadia.

Golden rules can be identified on the side of console manufacturers too. Indeed, Sony and Xbox being Stadia main competitors at the moment.

Let’s just take a look at the recent release of Nintendo Switch on the market. Each new console that enters the market is inevitably accompanied by a game catalogue strategy. The latest example is the Nintendo Switch.

When it arrives on the market in March 2017, its bookstore is very limited, but is made up of exclusive, high-quality and renowned IPs such as “Zelda: Breath of the Wild”. In addition, Nintendo communicates a schedule for the launch of the next services and games for the console in order to keep the attention of gamers and to reinforce the attractiveness of its latest product. Eighteen months after its launch, the console has more than 900 games available and 2400 games a year later (July 2019).

With the current evolution of the market, gamers have more bargaining power and are therefore freer to choose their video game provider. While some are willing to use different platforms, many gamers are hesitant and tend to choose only one.

In addition to the substantial financial and technical resources required, the rules for a successful market introduction seem to be clearly identifiable here:

Time to React for Stadia

In the world of video games, failed launches are unfortunately frequent for independent games. As an excuse, most studios don’t have enough means or skills in the fields of marketing and communication. This often results in the studio going dormant or dying. Independent developers wishing to live from their passion must integrate Marketing and Communication as soon as possible as strategic axes. They are just as important as the development of the game itself for the overall success of their project. 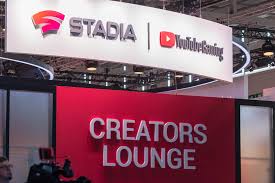 Stadia can probably afford a start-up delay. Whether the launch failure is due to naivety or pretension, Google will now have to react. As the owner of Youtube and Youtube Gaming, Google can also choose to strengthen its investment or abandon its business as it did with Google+. The future will teach us Google’s ability to react and even anticipate. Improving Stadia’s content and communication with players, who are increasingly solicited, must be at the heart of their concerns.

And for now, Stadia looks more like an ignorant Indie game studio than a serious threat to existing actors.

No votes so far! Be the first to rate this post.